I have been seeing this tag pop up all over the place lately and while I wasn’t tagged, I did want to participate.  I believe the original was created by ReadLikeWildfire on Youtube, but feel free to correct me if I am wrong.

I’ve also decided to link this up to the Top Ten Tuesday post over at the broke and the Bookish. Since the them was favorite books of 2017 so far and I share them here

I’ve read a lot of books this year but its so hard to pick a favorite. I think I’m going to go with these two books. Both of these books really made me think and I really appreciate at that and I know these to will stick with me for years to come.

I haven’t read many sequels this year. I really need to work on that in the second half of the year. The only series I’ve continued in is the Ancient Magus Bride manga series. Which I love and I can’t wait to get my hands o  the 6th volume!

New Release You Haven’t Read, But Want To

What an impossible question! 2017 has a lot of great books out and coming out especially in those that are diverse but here is a few I am looking forward to.

Most Anticipated Release of the Second Half of the Year

Ugh and the questions just get harder and harder! I have a lot that I anticipating but here’s a few on the top of my list. All of these books contain at least one diverse them and  I really excited to get the chance to read them

I’ve read quite a few book I din’t love this year but the one that’s really sticking out in my mind because I was really looking forward to it and it didn’t live up to my expectations and it is the most recent book I read. The writing wasn’t very good but I liked the diversity of the characters.

Ugh trying not to reuse books here is really hard. So other than the books I already mentioned earlier in the tag I was really surprised by Simon Vs. homo sapien agenda I’ve heard great things before I started it and I was worried the hype would be better than the book and I was so wrong.

Favorite New Author (Debut or New to You

I’ve read a lot of new to me authors/ debuts so this is really hard for me, Howver I’m going to go with Louise Gornall. Who wrote Under Rose Tinted Skies. This was a debut novel and even though it wasn’t a knockout for me I really am excited to see what she releases in the future.

Ugh I don’t think I have a fictional crush! But I do love Elias from the Ancient Magus Bride he is so cute and I ship him and Chise! That it is all!

Book that Made You Cry

I don’t think I cried at a book this year. I haven’t really read anything this year that pulled at my heart strings yet this year.

Book that Made You Happy

I haven’t read any really happy cutesy romances so far this year (need to chance that pronto). However I have read a few shoujo mangas that I thought were adorable.

Favorite Book to Film Adaptation You Saw This Year

I tend not to watch book to movie adaptions. I actually don’t watch many movies at all. However I did watch the new Beauty and the Beast movie which I LOVED!

Uhm I’ve written like 2 reviews so far this year and I really don’t love either so Something I need to work on the next half of the year.

Most Beautiful Book You Bought (or received) This Year

I love the cover and illustrations in this book and I’m really excited to of picked this one up! 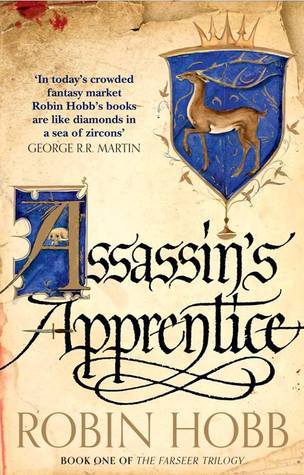 And that’s all she wrote. Alright I can’t believe half the year has come and gone! I’m hoping to also post a reading challenge update for the half year mark as well this week. I’m really excited to see how I’m doing for the various challenges I set up for myself.