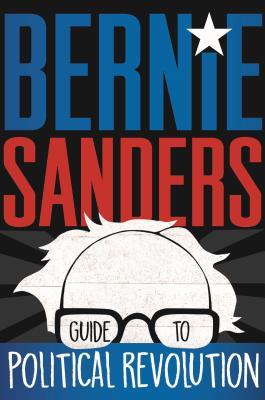 Throughout the Presidential campaign, Senator Bernie Sanders promised voters a future to believe in through his progressive platform and a vision for America worth fighting for. This vision calls for an economic, environmental, health care, and social justice revolution beyond the stagnant agendas of Democrat and Republican politicians to build an equitable future for all Americans–especially the younger generation that will inherit the consequences of decisions made now.

Inside this practical and inspiring guide to effecting change in today’s world, you’ll learn how to:
– Understand and navigate the current system of policy and government
– Work to change the system to reflect your values and to protect our society’s most vulnerable
– Organize for the causes you care about most
– Resources for further reading and organizations to get involved with

With more than two decades of Washington D.C. insider knowledge and experience, Senator Sanders knows how to fight and change the system from within, a system desperately in need of reform in health care, immigration, taxes, higher education, climate change, and criminal justice.

The political revolution is just beginning. What role will you play?

I picked this book up because honestly, I am pretty ignorant when it comes to politics. However, I do know what I stand for and Bernie’s stances through the election paired well with my own views so I was interested in seeing what some people are calling the “bible” of the resistance. So when I found this in my new books section at the library I had to pick it up.

When I opened this book I honestly didn’t know how the book was going to present its self. The book was set up like a thesis. The book felt really repetitive. Each section was broken up into smaller key points and in those small key points ( usually under 5 pages) the same wording or idea was repeated and really drilled in. Even though I didn’t think it was the most readable thing for me it would have been much more powerful as a speech.

I follow Bernie Sanders on Twitter and often read the tweets he posts. Something I noticed was that a lot of the tweets that he posted were expanded or reworded to be included in this book. What really made me feel like they were just recycling tweets that Bernie posted is the fact that they included the tweets he posted in the book as well. As someone who follows Mr. Sanders, it felt really repetitive and I didn’t learn anything new about his stances or views.

I picked this book up because I didn’t think I knew a lot about politics but when I read through this I was able to identify and comprehend more than I thought I would. Apparently, I have absorbed more of his platform than I initially thought I did which made this less enjoyable to me.

Now that I got my qualms with the book out of the way. I did like this book! If you didn’t follow Bernie’s campaign during the election it is a great launching point if you do want to learn about his stances. This book was also marked as a YA Nonfiction and I loved the fact that it doesn’t talk down to the reader. It also had some really great graphics and charts that really helped drive the points he was making.

I gave this book a 3 star and I seem to be in the minority in that the ratings on Goodreads are rather high and people seem really motivated after reading it.